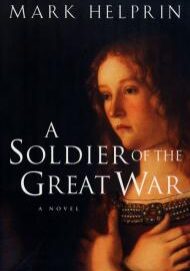 On the ninth of August, 1964, Rome lay asleep in afternoon light as the sun swirled in a blinding pinwheel above its roofs, its low hills, and its gilded domes. The city was quiet and all was still except the crowns of a few slightly swaying pines, one lost and tentative cloud, and an old man who rushed through the Villa Borghese, alone. Limping along paths of crushed stone and tapping his cane as he took each step, he raced across intricacies of sunlight and shadow spread before him on the dark garden floor like golden lace.

Alessandro Giuliani was tall and unbent, and his buoyant white hair fell and floated about his head like the white water in the curl of a wave. Perhaps because he had been without his family, solitary for so long, the deer in deer preserves and even in the wild sometimes allowed him to stroke their cloud-spotted flanks and touch their faces. And on the hot terra cotta floors of roof gardens and in other, less likely places, though it may have been accidental, doves had flown into his hands. Most of the time they held in place and stared

at him with their round gray eyes until they sailed away with a feminine flutter of wings that he found beautiful not only for its delicacy and grace, but because the sound echoed through what then became an exquisite silence.

As he hurried along the Villa Borghese he felt his blood rushing and his eyes sharpening with sweat. In advance of his approach through long tunnels of dark greenery the birds caught fire in song but were perfectly quiet as he passed directly underneath, so that he propelled and drew their hypnotic chatter before and after him like an ocean wave pushing through an estuary. With his white hair and thick white mustache, Alessandro Giuliani might have seemed English were it not for his cream-colored suit of distinctly Roman cut and a thin bamboo cane entirely inappropriate for an Englishman. Still trotting, breathless, and tapping, he emerged from the Villa Borghese onto a long wide road that went up a hill and was flanked on either side by a row of tranquil buildings with tile roofs from which the light reflected as if it were a waterfall cascading onto broken rock.

Had he looked up he might have seen angels of light dancing above the throbbing bright squares — in whirlwinds, will-o´-the-wisps, and golden eddies — but he didn’t look up, for he was intent on getting to the end of the long road, to a place where he had to catch a streetcar that, by evening, would take him far into the countryside. He would have said, anyway, that it was better to get to the end of the road than to see angels, for he had seen angels many times before. Their faces shone from paintings; their voices rode the long and lovely notes of arias; they descended to capture the bodies and souls of young children; they sang and perched in the trees; they were in the surf and the streams; they inspired dancing; and they were the right and holy combination of words in poetry. As he climbed the hill he thought not of angels and their conveyances, but of a motorized trolley. It was the last to leave Rome on Sunday, and he did not want to miss it . . .