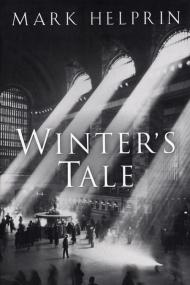 Set in New York at the beginning and the end of the twentieth century, Winter´s Tale unfolds with such great narrative force and beauty that a reader can feel that its world is more real than his own. Standing alone on the page before the book begins are the words, I have been to another world, and come back. Listen to me. In that world, both winter and the city of New York (old and new) have the strength and character of protagonists, and the protagonists themselves move as if in a vivid dream. Though immensely complicated, the story is centered upon Peter Lake, a turn-of-the-century Irish burglar, and Beverly Penn, a young heiress whom he encounters in robbing her house, and who eventually will die young and in his arms. His love for her, and a gift of grace, will allow him after the most extraordinary and painful explorations and discoveries to stop time and bring back the dead. To follow him, his predecessors, his inheritors, and his companions is to experience one of the great stories of American literature.