A Dove of the East

A Dove of the East 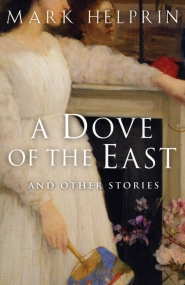 The breadth of setting, period, and character in the twenty stories of A Dove of the East and Other Stories is a result not of literary experimentation or a device of exoticism. It reflects instead a consuming interest in and attraction to fundamental, universal, and enduring truths and emotions, in light of which differences, no matter how colorful or sharp, become inconsequential. “When I wrote these, from nineteen sixty-five through nineteen seventy-five,” Helprin says, “I had not the slightest idea that I was ranging so widely or so variously. Rather, each character seemed like the center of the world, and I entered the heart and mind of each and every one with immediate sympathy that removed me entirely from myself.” The motto the author chose, Amor mi mosse, che mi fa parlare (Inf.II), is Dante´s explanation of why he wrote: “Love moved me, and made me speak.”

The combined moral and emotional weight of A Dove of the East and Other Stories is effortlessly buoyed by the sheer beauty of the writing, and as a young writer´s debut it was extraordinary, and recognized as such. Still in print after four decades, even the very first published stories retain their striking power and distinction.